Where Do Stink Bugs Come From?

Since there are over 200 species of stink bugs in North America, we'll focus on the species that have the highest impact on U.S. home and business owners – brown marmorated stink bugs and kudzu bugs.

Brown marmorated stink bugs (BMSBs) are native to China, Japan, Korea, and Taiwan. They were discovered in eastern Pennsylvania in 1998 but probably arrived several years earlier. Since their arrival, they've expanded their presence to approximately 41 states. 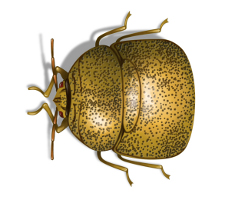 The kudzu bug isn't classified in the stink bug group but does share many of its behavioral characteristics. This invasive species is native to India, China, Indonesia, Japan, Korea, Pakistan, Taiwan, Thailand, and Vietnam.

Kudzu bugs were first discovered in the U.S. near Atlanta, Georgia, in 2009 and have spread to many of the Southeastern and Mid-Atlantic states.