How to Identify & Control Deer Ticks

Deer ticks, primarily found in the eastern half of the United States, are also known as blacklegged ticks, while often mistaken for brown dog ticks. Named for their propensity to feed on white-tailed deer, deer ticks may also feed on other large mammals as hosts, including humans. Humans are considered accidental hosts and may contract Lyme disease from bites. Livestock and domestic animals can also be hosts. 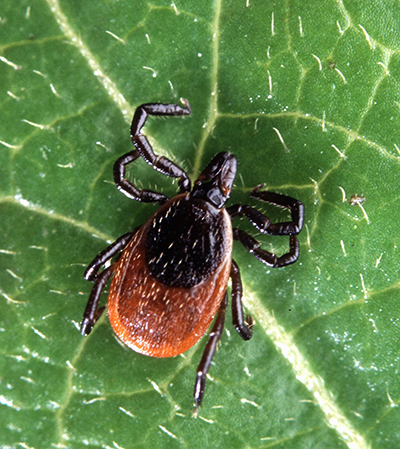 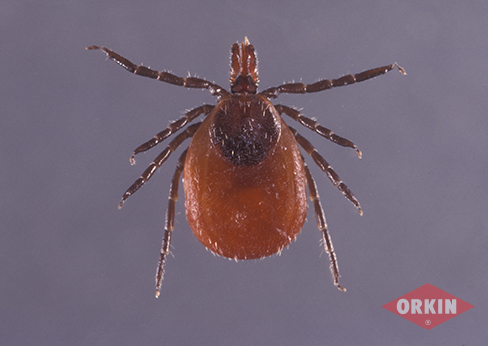 How Did I Get Deer Ticks?

Those near wooded areas with large deer and field mice populations are at risk for deer ticks. White-tailed deer, one of the adult tick’s preferred hosts, often venture into yards and bring ticks with them.

Deer ticks are often attracted to:

How Serious Are Deer Ticks?

Deer ticks can spread several illnesses, including Lyme disease and the hard-to-treat Powassan virus. While the pests prefer to feed on deer, rodents, and other mammals, they will attack humans as well. If there are medical concerns, consult a physician.

Deer tick bites are virtually painless, and victims often do not recognize that they have been bitten until symptoms appear. Females feed for extended periods and can be found attached to the skin of bite victims. Read more about deer tick bites.

How Do I Get Rid of Deer Ticks?

Your local Orkin technician is trained to help manage deer ticks and similar pests. Since every building or home is different, your Orkin technician will design a unique program for your situation.

Orkin can provide the right solution to keep black legged ticks in their place...out of your home, or business.

Try these prevention techniques to help keep deer ticks away:

Deer ticks are found in many locations where their preferred host, the white-tailed deer, dwell. They are present throughout the majority of the eastern United States and tend to live in wooded areas and along trails in forests.

Deer ticks reside on the tips of grass and leaves along these trails, enabling them to crawl directly onto the skin or fur of a passing host. Some of these trails may be found in suburban areas where forests meet subdivisions. Deer and other animals are often active in these areas. 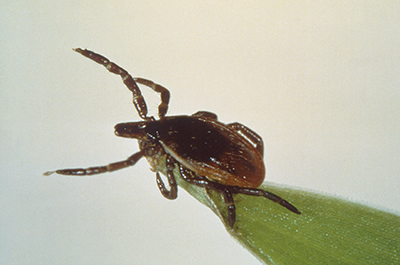 All three of the deer tick's development stages require blood meals from hosts. They attach themselves to and feed on one host during the larval stage, another during the nymphal stage and a third during their adult stage. Larvae and nymphs both molt after feeding.

Deer ticks take approximately two years to complete their life cycles. Development depends on environment and the availability of hosts. Under favorable conditions, they may be capable of developing in less than one year.

After laying eggs, female deer ticks die. However, one female is capable of laying up to 3,000 eggs. Six-legged larvae emerge from these eggs and begin to search for a host. Larvae feed for approximately four days before dropping to the ground to molt into nymphs. Resulting nymphs have eight legs and search again for hosts. They, too, will feed and molt into adults.

Larval and nymphal deer ticks prefer small hosts and are more likely to feed on rodents than on large animals. The larval feeding stage is responsible for the tick's contraction of most diseases like Lyme disease, while these diseases are transferred to humans and livestock during the nymphal and adult stages.

Lyme disease is a debilitating disease caused by the bacterium Borrelia burgdorferi. Deer ticks are the most common vectors of this bacterium. Lyme disease is easily transmitted to human and animal hosts through deer tick bites.

Although deer ticks do not jump or fly, they remain in grassy areas frequented by dogs, cats, and other warm-blooded hosts. As these hosts brush against the grass, deer ticks cling to the coat of the animal and begin to feed. Because they potentially bite a different host for the next meal, infected ticks are capable of spreading Lyme disease quickly throughout a population.

The small size of the deer tick is also a factor in the prevalence of Lyme disease. Their bites are not painful, and most victims do not notice them until they have become engorged from prolonged feeding.

Due to the arachnid's small size, it can be difficult to locate the pest on its host. These parasites attach themselves to hosts and hide within the fur, hair, or feathers.

On humans, deer ticks are commonly found in the areas near the nape of the neck or along the lower scalp. Extreme care must be exercised when removing these pests from the skin of any host, as bodily fluids may be released if the tick is crushed or punctured, which increases the risk of disease transmission. The most efficient removal method includes the use of tweezers or forceps. It is important to remove the entire tick, including its embedded mouthparts.