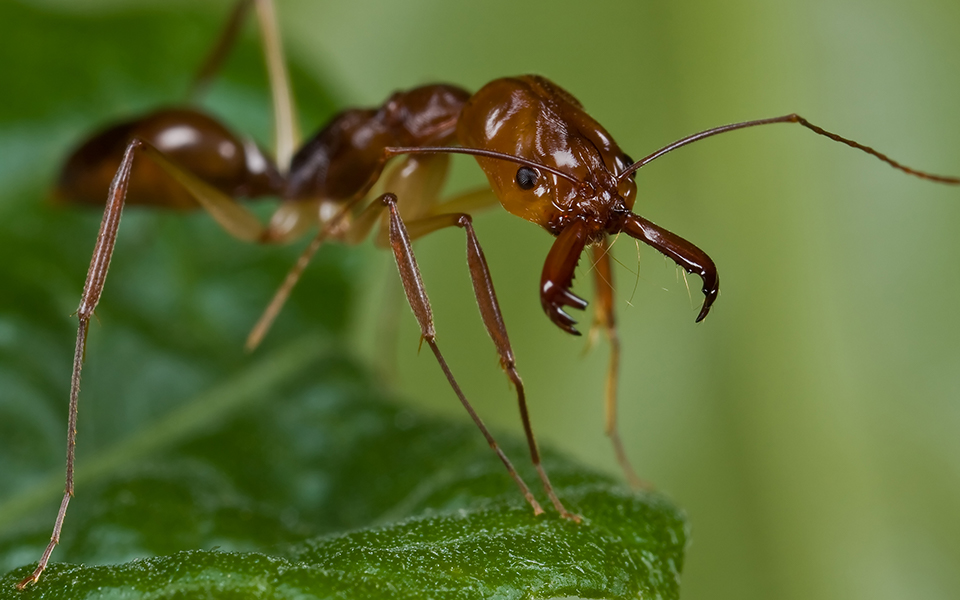 Social insects such as ants have advantages over solitary insects. Among those advantages is the presence of many individuals that work together and communicate to form a highly functional colony that is organized by divisions of labor and task apportioning among the respective castes of the colony.

Ants are similar to many other insects in that they possess senses such as hearing, touch and smell. Although hearing is very different in ants than animals that typically have ears, ants do possess the capability to hear.

How Does it Work?

Ants employ vibrations to produce sounds that are heard by ants and this hearing behavior is important when searching for food and when alarm signals are produced that signify some sort of danger.

Ant sounds vary by ant groups and include some ants that produce sounds by stridulation, which is defined as the act of producing sound by rubbing together certain body parts. These ants use their gaster, the distended part of their abdomen located behind the ant’s pedicel and their mandibles to produce sounds used to communicate with colony members or with other species of ants.

These behaviors produce ground vibrations that are detected by the ant’s subgenual organ, which is located below the ant’s femur and tibia leg joint.

Other ant species possess the behavior of drumming their abdomen on the substrate of the ant nest which creates an alarm response that stimulates other ants to drum their abdomens. This communicates a warning alarm that signals danger throughout the entire nest.

So, while ants use chemical pheromones and physical touch to stimulate or direct behavior, they also use hearing to incite required behavioral protection responses designed to protect their colony.