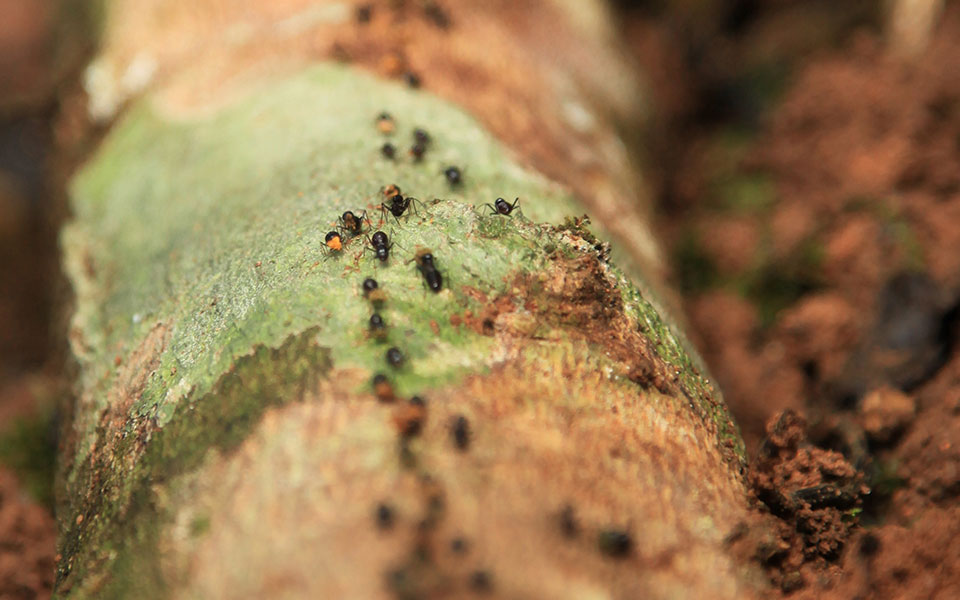 Ants communicate with each other using pheromones, sounds, and touch. The use of pheromones as chemical signals is more developed in ants than many other insect groups. Similar to other insects, ants perceive smells with their antennae and thus possess a fascinating and admirable ability to smell.

Why Do Ants Need to Smell?

Ants have a perceptive sense of smell that enables them to locate suitable mates, locate food, locate their nest, assemble individuals to fight off nest predators, plus recognize and communicate with groups or castes that comprise their colony.

The ant’s ability to smell revolves around the production and recognition of odor signals (pheromones) that function by interacting with one another.

How Does it Work?

How does this sophisticated system of odor recognition work for ants? A study conducted by researchers at Vanderbilt University found that insects possess several types of olfactory (related to smell) sense organs, which collect pheromone signals.

Most of these smell-gathering organs are located in the ant’s antennae, but some ant species may have the organs located on the mouthparts or even the genitalia. To better understand what happens when an ant smells a chemical odor, we can look at a simple explanation the process:

Ants seem to be capable of smelling most of the substances humans can smell. An ant worker foraging for food might find a source of tasty food and as it returns to the nest, the ant will leave behind a pheromone trail for co-workers to follow to the food source.

Within minutes you might find a line of ants heading towards food the returning to the nest. The brain that controls all this has a volume of about one one-thousandth of a cubic millimeter, and may contain somewhere between 20,000 and 100,000 nerve cells.

Learning From the Way Ants Smell

As the result of basic research into ant pheromones and the influences that pheromones have upon ant behavior, there may be many possible discoveries and potential developments for integrated pest management products that come from ant pheromone research.

For example, such research could lead to developing synthetic pheromones directed to a specific ant behavior that could possibly stop ants from communicating through chemical signals. Such chemical breakthroughs could result in ants becoming confused and acting abnormally when exposed to synthetic, targeted pheromones.