American cockroaches engage in courtship rituals before mating. Females begin courtship by raising their wings, exposing their integral membranes, expanding their genital chambers and releasing a pheromone that attracts males. This stance is referred to as the calling position. 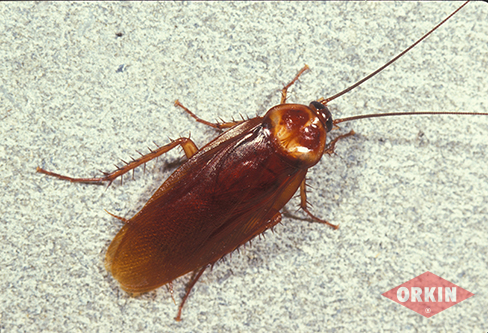 After fertilization, a female American cockroach produces an egg case known as an ootheca. The female carries the ootheca on her abdomen for a short time, usually a day or two. After that, she deposits it in a warm humid location.

Nymphs emerge within 38 days and complete their development within six to 12+ months. The life span of the American cockroach ranges from one to 1.5 years.