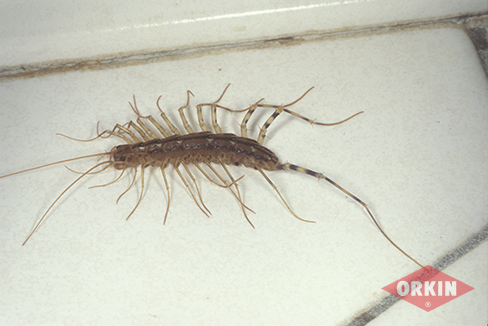 How Dangerous are Centipedes?

Centipedes enter homes in fall to escape the cold and hunt for food. They can complete their entire life cycle indoors, feeding on insects while shielded from the elements. Although the pests are generally not harmful, issues can arise when centipedes live close to people.

Are Centipedes Dangerous to Humans?

Biting centipedes use venom inject their prey with toxins. These chemicals harm small insects but pose no serious threat to humans. The worst side effects from centipede bites are usually mild pain and swelling.

To avoid bites while outdoors, be careful when reaching into woodpiles or under stones. The pests lurk in dark, hidden areas and may bite people or pets if they appear to pose a threat.

Are Centipedes Dangerous to Dogs?

Besides a little discomfort, most dogs are unaffected by eating centipedes or receiving a bite. The two animals often come into conflict outdoors when dogs sniff around thick brush or clutter. Pests like ticks and fleas pose a much greater threat to dogs.

Are Centipedes Dangerous to Cats?

When cats see centipedes dashing about, they may give chase. These clashes take place in kitchens, bathrooms, and basements. Centipede bites do not cause any known health issues for cats.

Centipedes are most active at night because they shy away from light and are nocturnal hunters. Their presence often points to further pest problems, as they feed on ants, spiders, and crickets. While centipedes are not dangerous, their fast movements and alarming appearance make many people uneasy.

Even though venom from most species of centipedes is not powerful enough to affect larger animals and humans, the pests remain unwelcome in most homes. Orkin has the tools and know-how to get rid of centipedes when they move indoors. 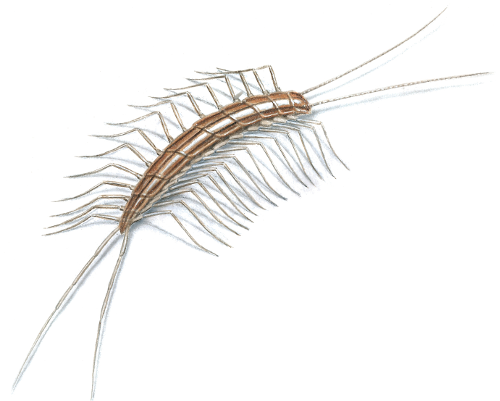 How Aggressive Are Common Centipede Species?

The most common centipede found in the eastern part of the United States is the house centipede (Scutigera coleoptrata), which is the only species of centipede known to reproduce in homes.

Typical symptoms from a house centipede bite are slight pain and swelling as their weak jaws rarely allow them to break skin.

On the other hand, the giant desert centipede (Scolopendra heros) found in the Southwest, is a very large centipede that can reach 8 – 10 inches in length. They are somewhat aggressive and will readily bite a perceived threat.

Generally, these symptoms subside in a matter of several hours; however, bite victims that are more sensitive to the centipede's venom may experience vomiting, dizziness, headache, and irregular pulse rates.

Centipedes have a uniquely structured first pair of legs, which are used as claws to grasp, penetrate, and inject venom into their prey. Generally, centipede bites appear to have two puncture wounds and look similar to a spider bite.

In the event of a centipede bite, it is always best to contact a health care professional.

Not only can they provide recommendations regarding treatment, but they can also provide information to help you reduce the likelihood of secondary infection from improper wound care.