While most centipedes are known for their speed, millipedes move slowly and burrow.

Centipedes have maxillipeds with which they attack prey. These are the venomous modified legs of the centipede's first segment and can be used in defense, as well. A centipede bite can kill small prey, but typically is not life threatening to humans. In the absence of stinging structures, millipedes employ defensive secretions in order to protect themselves from predators. These secretions are produced by their segmental defensive glands. A millipede will also curl its body as a defense mechanism.

While centipedes sometimes bite humans, it is rare that their venom will produce a severe reaction. However, small children and those with other insect allergies should be watched carefully following a centipede bite. In the event of bite-related medical concerns, a medical professional should be contacted at once.

Centipedes and millipedes prefer moist, protected outdoor habitats such as rotting logs, leaves, bark and the undersides of stones.

What Are Centipedes and Millipedes Classified As?

If you have problems with millipedes or centipedes, consult a pest control professional. 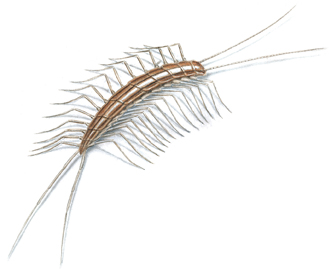 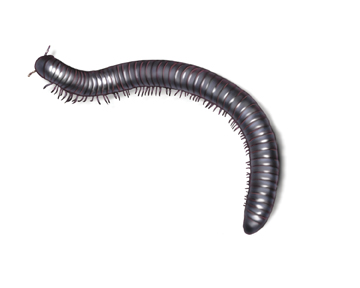 Millipede Illustration How Many Legs Does a Centipede Have?