House spiders occur throughout the world and have derived their name from their presence inside human dwellings. A number of species are classified as house spiders, although the common house spider is the most recognized. These arachnids are also sometimes referred to as American house spiders. 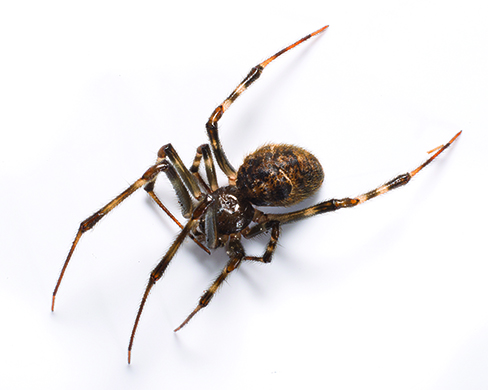 How Did I Get Common House Spiders?

Common house spiders invade homes while searching for warmth and food. They feed on small insects and love hiding inside cluttered rooms or other rarely used spaces.

Common house spiders are abundant in dark or musty areas, such as basements, crawlspaces, attics, and closets.

How Serious Are Common House Spiders?

In general, a common house spider is harmless to humans. However, the mere sight of a spider is enough to startle most people and cause unease. Their messy webs also create the need for extra cleaning.

What Can I Do About House Spiders?

The Orkin Man™ is trained to help manage house spiders. Since every home is different, the Orkin technician will design a unique program for your situation.

Keeping house spiders out of your home is an ongoing process, not a one-time treatment. Orkin’s exclusive A.I.M. solution is a continuing cycle of three critical steps—Assess, Implement and Monitor.

The Orkin Man™ can provide the right solution to keep house spiders in their place...out of your home.

House spider webs are irregularly shaped and can be located in various places within a home, including windows, ceiling corners and above or beneath fixtures.

Webs are designed as trapping mechanisms and are funnel-shaped, with the narrow end acting as a den for the arachnid. Any contact made with the web produces vibrations throughout the strand, signaling to the common house spider that prey is present. Although common house spiders feed primarily on insects, they may also consume larger spiders, scorpions, rodents and small reptiles.

The presence of common house spiders is typically characterized by the formation of cobwebs. These silken thread structures can be found throughout infested homes. This abundance of empty webs is caused by the common house spider's propensity to spin webs in various locations until it finds the most suitable place to catch prey.

Signs of a House Spider

Signs of house spider infestations include the spider and their webs.