Mealworm beetles go through four distinct stages of development: egg, larva, pupa, and adult. The amount of time it takes the insects to go through these stages depends on the temperature of their environment and availability of food. Generally, the life cycle of a mealworm can take anywhere between four months and a year. 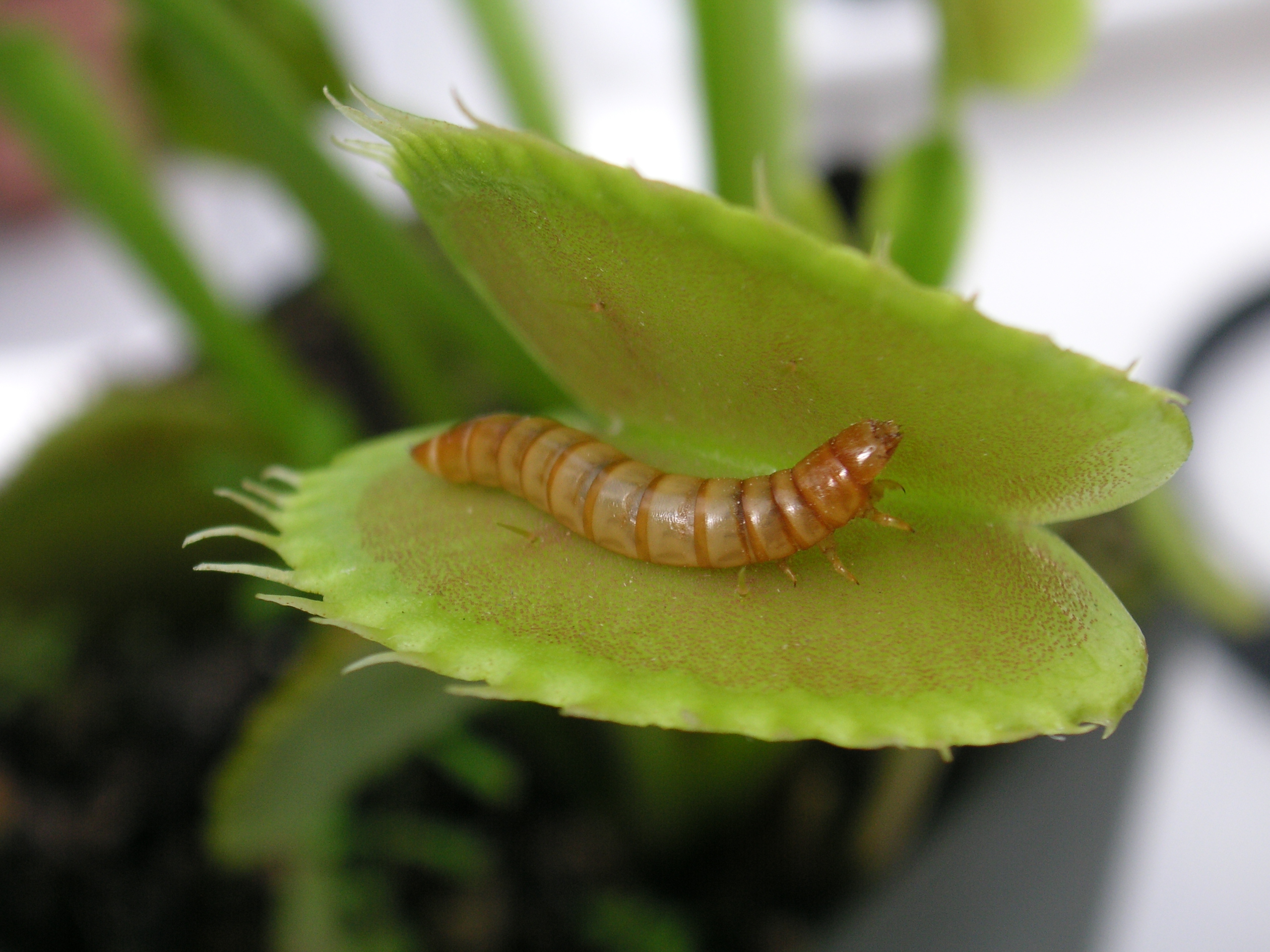 Larva
Eggs hatch into larvae, called mealworms. They emerge milky white with slender, segmented bodies, which turn yellow-brown in a few days. The pests feed on their surroundings and grow to about an inch in length, shedding their skins several times in the process and contaminating stores of food.

Pupa
Mealworms remain larvae until temperatures drop, when they transform into pupae to hibernate. Pupae are stout, C-shaped, and appear yellowish-white in color. They darken as they get closer to adulthood.

Adult
As summer approaches, adult beetles emerge from the pupa state. Initially white and orange, the pests turn black or yellowish in a few days. Mealworm beetles are slow moving, but their ability to fly allows them to easily travel and infest new areas. Adults live between 3 and 12 months.

Encounters
Adult beetles lay their small eggs in grain or grain containers making the egg life cycle stage unlikely to be observed by a homeowner. The larval stage is quite evident since fully grown larvae are about an inch long and are readily apparent in grains, grain products, decaying animals, and plants they can infest. While visiting a pet store one is likely to see yellow mealworm larvae offered for sale as pet food for turtles, lizards, or reptiles, and even as fish bait.

Concerns
Yellow mealworm larvae and adults constitute a variety of concerns for homeowners and grain producers. Larvae will infest and ruin grain-based products in the home’s pantry, plus cause massive levels of destruction in grain storage and grain production facilities. Adults are known to excrete a defensive chemical that both irritates and stains human skin.

The most worrisome concern for homeowners, pet store owners, and grain product employees, is the lengthy infestations and exposure to mealworm adults, pupae, and larvae that can produce allergic reactions such as headaches and asthma.