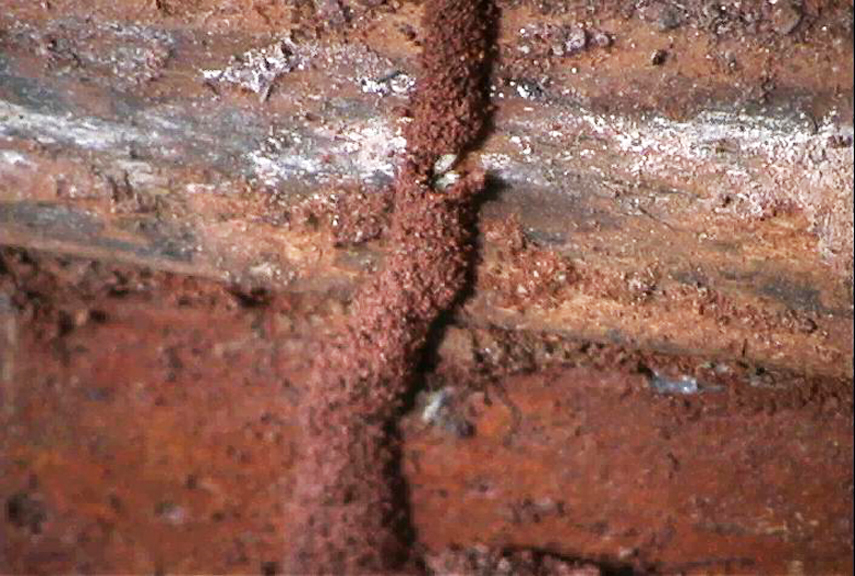 Subterranean termites connect their colonies in the soil underground to their above-ground food sources via mud tubes (sometimes known as galleries or tunnels). These tubes are made from soil and wood combined with termite saliva.

There are four types of mud tubes that are used by subterranean termites:

While mud tubes function to protect termites, these structures serve different purposes for the colony.

Exploratory tubes are thin and fragile, yet easy to see because they branch out in multiple directions. They, like other tube types, are made of feces, saliva, and dirt and can extend up to 15 feet above ground when built over concrete or metal.

Used to search for sources of food, exploratory mud tubes rise from the soil, but they do not connect to any wood. These tubes are typically fragile and abandoned by the time homeowners come across them. Although the tubes are empty, they still indicate the presence of termites. The pests will have moved to other sections of the home to find accessible food.

Working tubes, also known as utility tubes, receive the most use from termite colonies. They transport hundreds to thousands of termites from nests to food sources daily. Working mud tubes are loosely organized like a highway, with some lanes used to carry food while the others are used for construction and repair.

These tubes typically measure between 1/4 and 1 inch in diameter. While they're constructed of the same materials, working tubes are made to last longer than exploratory tubes. Utility mud tubes allow termites to travel long distances along basement walls and home foundations. They may also be found around sills, sub floors, joists, window frames, and under porches. 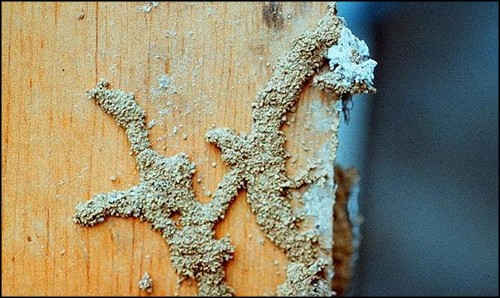 Imagine this picture – during rush hour a car has broken down right in the middle of one of the busiest intersections in the city. The result is pure havoc as motorists maneuver around each other trying to avoid hitting someone and creating an even more chaotic scene. This is a somewhat accurate analogy of what it is like when swarmer termites begin moving into position to fly away from their colony. However, termite workers step in to make things orderly.

Termite workers construct swarm castles that are designed to temporarily accommodate the numbers of termite swarmers leaving the colony during a swarm. Swarm castles can be very large, up to and larger than four feet wide. Since termite swarmers are delicate, they are subject to damage when the hosts of swarmers begin leaving the colony, and protection is needed to keep the swarmers intact, healthy, and functional. Protection is why the swarm castle is built.

The actual location where swarmers gather before leaving the nest is smooth and free from debris. When the time is right, workers begin to direct swarmers to the protective castle and the swarmer termites move through the numerous exit holes, take flight, and begin the process of establishing other colonies .

Drop tubes are suspended between the ground and wood members of the structure. They're easy to identify because they look like stalagmites in caves. Their purpose is to make food sources more accessible to termite workers and to re-establish a connection with the ground and working tubes.

Drop tubes are lighter in color than exploratory or working tubes because they contain more wood fibers. However, they have a similar diameter and brittleness to exploratory mud tubes. 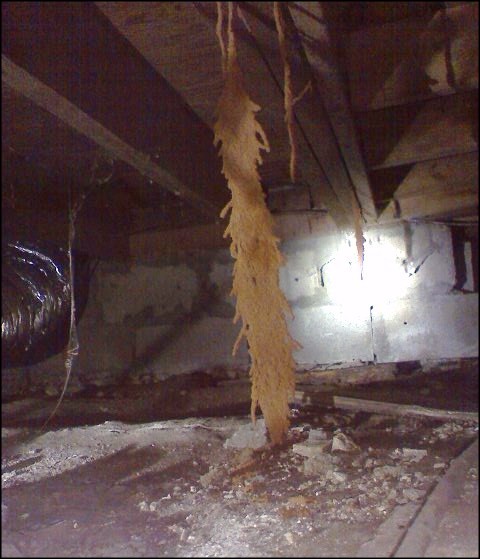 Termites cause significant structural damage over time. Though mud tubes are not a problem by themselves, they allow termites to wreak their havoc, all while maintaining the proper moisture content that keeps termite workers from drying out and dying. Homeowners should keep an eye out for mud tubes because they are one of the first signs of a termite infestation.

Termite Tunnel in a Sub Floor: 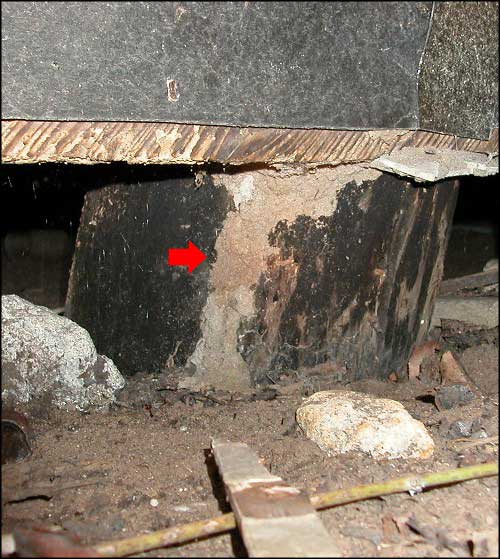 As these pictures of termite tunnels show, mud tubes are earth-colored and typically about the width of a pencil, though they may range in diameter from 1/4 inch to 1 inch.

Termite Tunnel on Wood Beneath a Home: 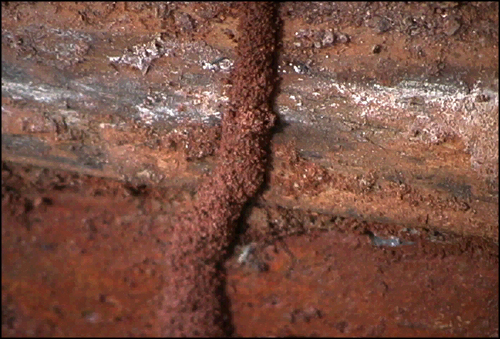 Termite Tube in a Window Screen: 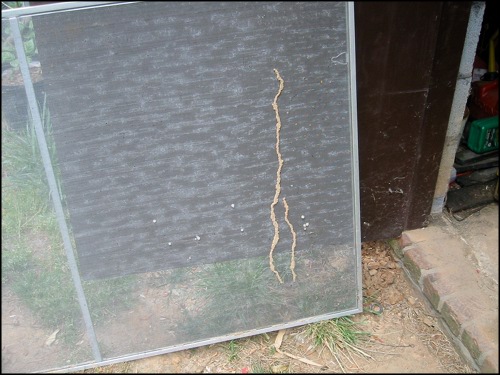 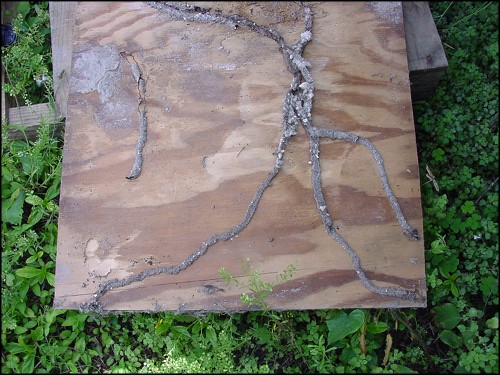