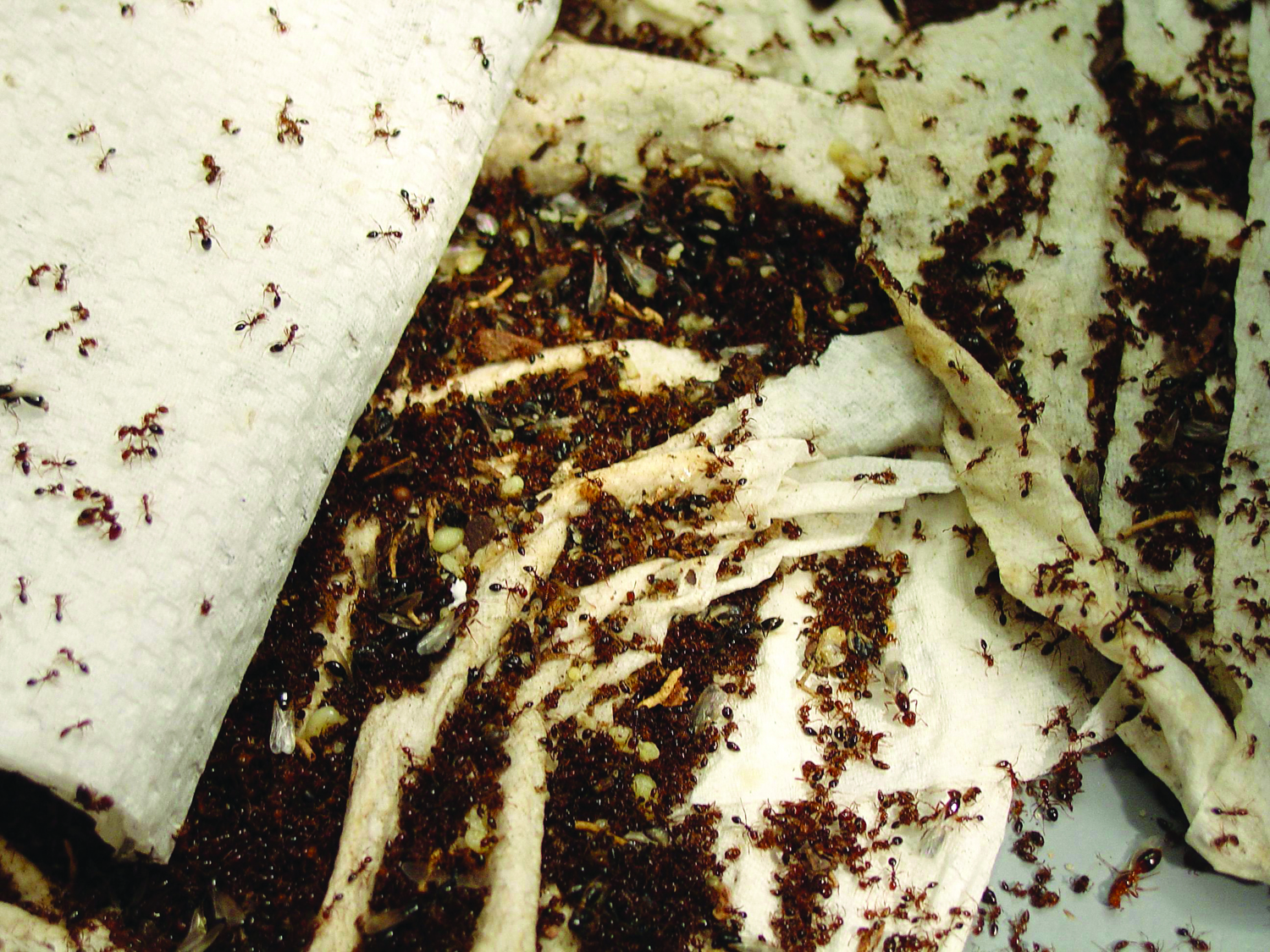 While ants are not nearly as significant as mosquitoes and other medically important insects, they do carry and transmit bacterial and fungal organisms that are serious disease pathogens.

Within medical treatment and food facilities, pharaoh ants are known to transmit organisms such as Salmonella, Staphylococcus, Clostridium and Streptococcus. This ant species is especially worrisome in burn treatment units of hospitals where they are attracted to fluids produced by burn wounds.

While not considered typical diseases, ant bites and stings can nonetheless cause very serious symptoms and illness associated with allergic reactions and hypersensitivity to ant venom.

Perhaps the most recognized reactions are seen when fire ants sting a person, particularly children, who are hypersensitive to the ant’s venom.

Such occurrences may result in serious, maybe even life-threatening conditions. These stings generally create lesions and may also involve intense pain, swelling, itching and potential of anaphylaxis, a life threatening reaction that causes shock.

In general, the typical homeowner or business manager doesn’t usually think too much about the possibility of disease transmission caused by ants. However, we all should remember that inside structures the foraging behaviors of ants involves a quest for food and moisture – behaviors that may take them to some of the less hygienic portions of the structure.

For example, some ants prefer to infest the bathrooms and kitchens in our homes, so think about the possibility of ants picking up organisms from the garbage can or the commode and then transferring those organisms to food utensils and food preparation areas as they forage around the house. It is important to be aware and consider ants to be more serious than the nuisances they cause.