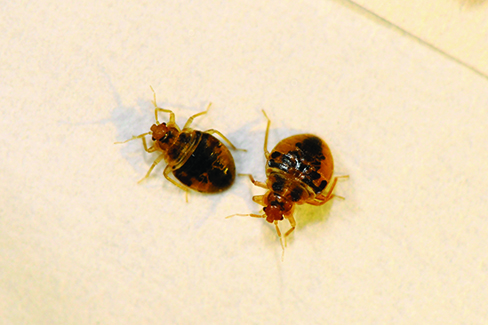 Of the ants listed above, many ant experts conclude that pharaoh ants are one of the most likely ants to target and feed upon bed bugs.

One possible, minor benefit provided by these predators is their presence, which could serve to “give away”, pinpoint or draw attention to places where bed bugs are hiding.

Let’s look into the masked bed bug hunter a bit more since it seems its common name might create some interest.

Reduvius personatus is a non-native insect that was accidentally brought into the United States and since their introduction has dispersed to many states within the country. Inside homes, they are nocturnal feeders and the masked hunter nymphs cover themselves with house dust, lint and bits of insect parts, which they glue to their bodies.

Thus, homeowners rarely, if ever will see a masked hunter – a good thing since they will bite if mishandled or they sense the need to defend themselves.