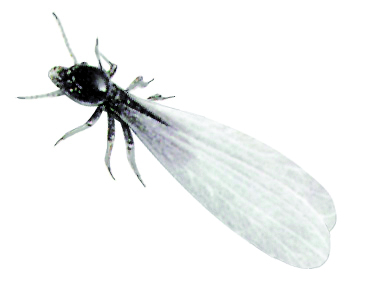 What do they do?

Reproductive termites of a colony are first the king and queen of the colony. These two reproductives start the colony by mating after leaving a colony, usually in a “swarm” or nuptial flight for most common species. The couple finds a safe place free from temperature extremes and predators to start a colony. After mating, the queen lays several eggs. Upon hatching, there are soldier and worker termites. Worker termites do the “work” and soldier termites defend the colony. Reproduction is a slow process at first in that the population doesn’t build up for some time.