What is a Termite Swarm?

It may sound like a scene out of a science fiction movie, but termite swarms are a common and necessary occurrence for the survival and dispersal of termites.

When swarming termites, or alates, venture out of a nest inside a home, they will try to squeeze through cracks and crevices in the walls and foundation to reach open air for the first time. Since swarming termites are attracted to light, they often can be found near windows or light fixtures.

Termites swarm only after the colony reaches a certain size and weather conditions become optimal for flight. If you see a swarm of termites around your home, then there likely is a well-established colony of termites living in or near your home.

For many homeowners, a termite swarm may be the most visible sign of a termite infestation. 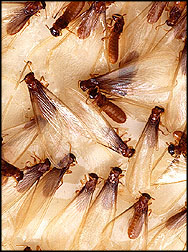 Why Do Termites Swarm?

Termites swarm after their original colony has reached a certain capacity level and is ready to expand. For most colonies, this happens once a year. Hundreds or even thousands of swarmers, called alates, are produced with the sole purpose of reproduction and expansion. The swarmers include both males and females, and the number bred each year varies based on colony size and termite subgroup. They live in the soil near the surface of their nest until conditions are right to take flight. These swarming preparations are made around the same time throughout colonies in the area.

When conditions are right, the swarmers launch into the air and pair off. Once paired, the couples shed their wings, mate and find a new place to start a nest to populate, if available. This occurs even if there are no nearby colonies to exchange alates with. The launches are typically spread out over a few days, with one large release the first day and smaller ones on subsequent days.

When Do Termites Swarm?

Regardless of species, most wait until a day following a rain shower when the weather is overcast and winds are under 6 mph. Damp soil aids in the nest-building process for newly paired mates, and survival rates are higher when there is more humidity. Termites don’t have to be outside to swarm, though. They can sometimes miscalculate their launching point and swarm indoors.

Drywood termites tend to swarm during the late summer or fall months.

Dampwood termites rarely nest inside homes because the moisture content in the wood is not high enough for them to survive. However, dampwood termites do produce swarms and can be present in wood surrounding homes, such as utility poles. A termite expert can identify signs of dampwood termites in or near homes, provide recommendations to reduce moisture conducive to termites, and create a customized treatment plan.

Check for an Infestation

Because termite swarms indicate that a current colony is flourishing nearby, it’s important to inspect your home and property if you see a swarm close to your home. If you think you may have termite activity, be sure to call an Orkin termite control specialist for a free inspection as soon as possible. 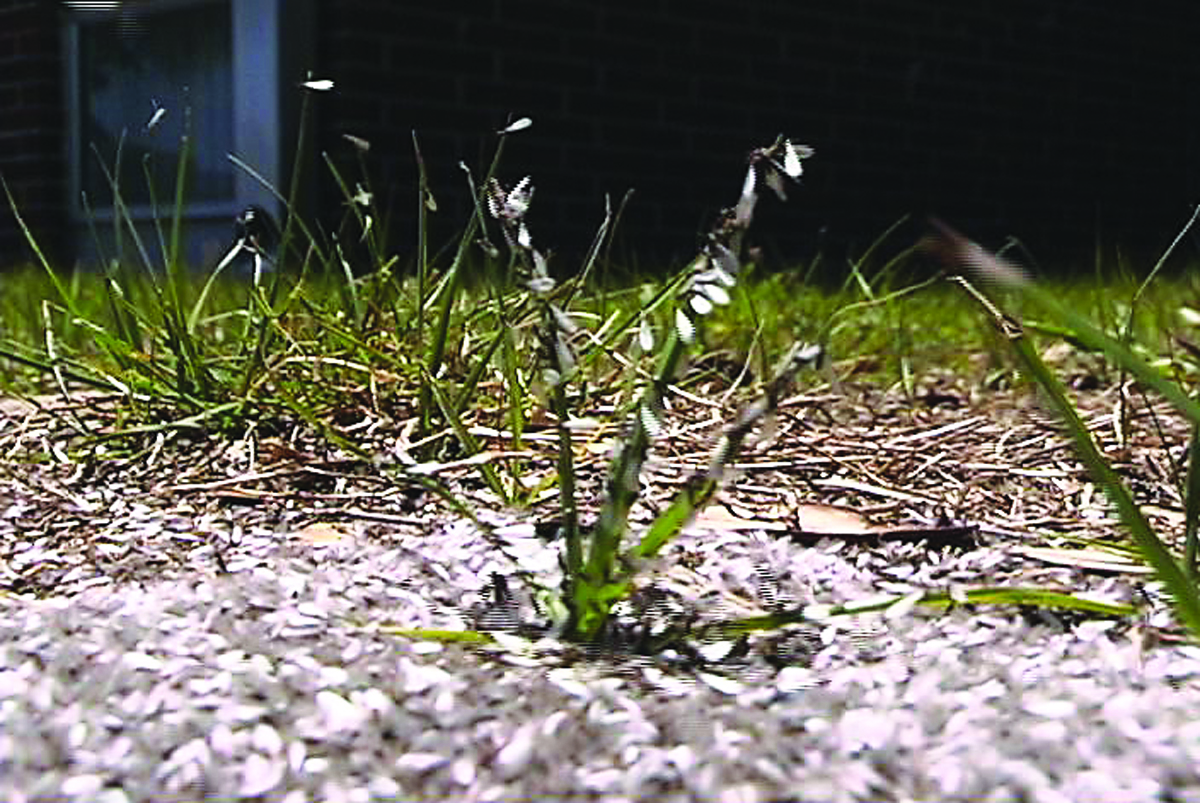