Differences Between Ants and Termites

For many homeowners, the first obvious sign of termite infestation is a swarm of flying insects. However, not all swarming insects are termites – some are flying ants. Pest control experts are trained to distinguish between flying ants and termites based on a few physical characteristics.

Although ants and termites vary in many ways, it can be hard for people to distinguish between them at first glance. In order to identify either pest, it is crucial to know the differences between them. 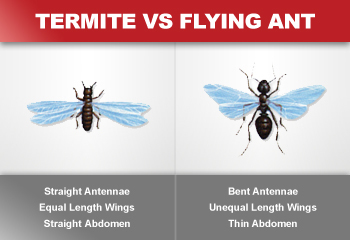 Termites have straight antennae and wide bodies without pinched waists. They are characteristically black or dark brown. Swarmers, or flying termites, have clear front and back wings that are the same length. More about what a termite looks like.

In contrast, ants have elbowed antennae and pinched waists. Their bodies can be black, brown, or reddish. Flying ants have two pairs of brown-tinted wings that differ in size.

Both ants and termites live in large colonies with designated caste systems. Termites can be found in decaying trees, stumps, wood debris, lumber, and the wooden members of a structure. Some ants, like carpenter ants, also inhabit wood and the wooden parts of structures. Termites can cause serious structural damage since they eat the wood, while carpenter ants do not eat wood and thus generally do not cause structural damage.

The diets of these two pests differ, as ants are omnivores and termites feed on cellulose, which is a nutrient-rich material found in plants. Ants primarily eat nectar, seeds, other insects, and food debris found around and inside homes. On the other hand, termites consume mainly wood, paper, and other cellulose-based products.

Ants go through four stages of development: egg, larva, pupa, and adult. Worker ants live for a few months, while queens can live for years. In contrast, the termite life cycle includes egg, nymph (larvae), and adult phases. Most termites survive for a couple years, while termite queens may live for decades. 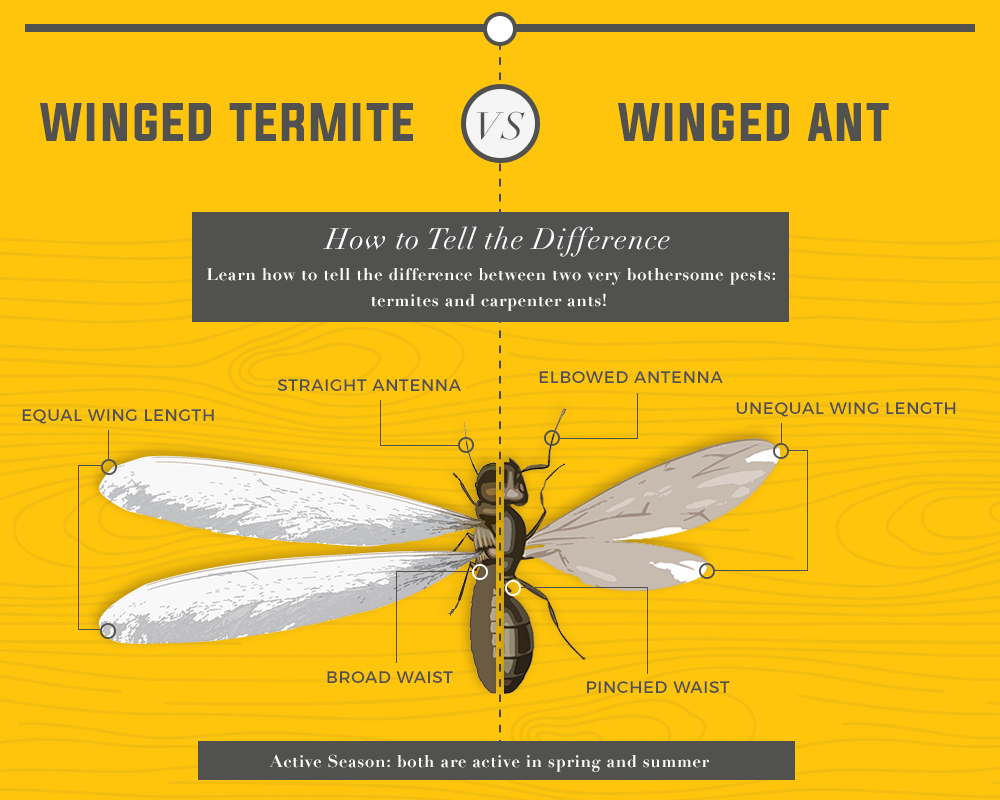