How Do Mosquitoes Transmit Dengue Fever?

Dengue Fever Symptoms to Look For 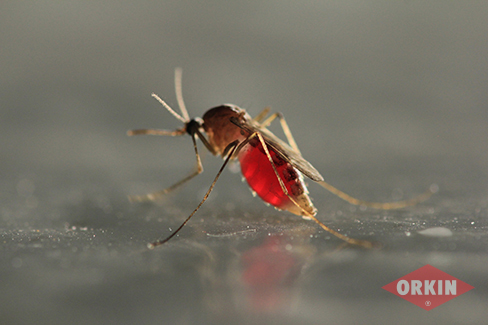 HOW IS DENGUE TRANSMITTED?

People contract Dengue from the bites of infected Aedes aegypti or Aedes albopictus mosquitoes. Mosquitoes become infected when they bite a person who has dengue virus in their blood.

In rare instances, dengue can be transmitted from transplanted organs, blood transfusions from infected donors or from a dengue-infected pregnant mother to her fetus. There are four viral types of dengue, but the most severe form of this disease is called Dengue hemorrhagic fever (DHF). Untreated persons, especially children, risk death as a result of infection.

WHAT TYPE OF MOSQUITOES TRANSMIT DENGUE?

These two species of mosquitoes are distributed worldwide and are found within the U.S.

SYMPTOMS OF DENGUE FEVER AND DHF

DHF symptoms include a fever that lasts from 2-7 accompanied by similar symptoms seen in dengue fever. But, when fever declines, serious symptoms may begin to occur.

IS DENGUE IN THE US?

While Aedes aegypti and Aedes albopictus are common in southern U.S. territories, dengue transmission remains infrequent within the continental U.S. primarily due to the fact people rarely come into contact with vectors. For this reason, nearly all dengue cases reported in the 48 continental states were acquired elsewhere by travelers or immigrants.

No vaccine is available for dengue fever, and no medications exist to treat dengue infections. This makes prevention the most important step, and prevention means avoiding mosquito bites by using insect repellents, wearing long sleeves and long pants and eliminating the containers that hold water and give the aquatic stages of the mosquitoes a place to develop.

There is also no specific medication or vaccine for treatment of dengue fever or DHF, so a person with dengue should see a doctor for treatment. They should also rest and drink plenty of fluids. DHF can be treated by aggressive replacement of fluids if an early clinical diagnosis is made. Treatment of those with DHF will almost always require hospitalization and extensive supportive care.