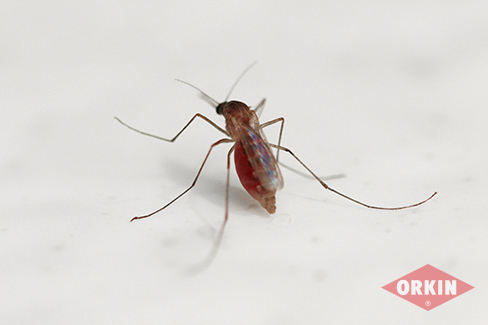 HOW IS YELLOW FEVER TRANSMITTED?

Humans contract yellow fever as the result of a bite from female members of the Aedes or Haemagogus mosquito species.

Mosquitoes that are not infected become infected when they feed on someone who has the virus in their blood stream and may pick up the yellow fever virus with the blood meal.

Yellow fever is transmitted to people from the bite of an infected Aedes or Haemagogus female mosquito. The primary vector of yellow fever in urban areas is Aedes aegypti.

This mosquito prefers to complete the aquatic portion of their life cycle in small water containers such as:

The yellow fever mosquito prefers to take blood meals during the day, indoors as well as outdoors and are found in parts of Texas, Louisiana, Mississippi, Alabama, Florida, South Carolina, Arizona and California.

However, their most important locations when considering yellow fever transmission are the tropical and subtropical regions of Africa and South America.

The typical symptoms of yellow fever include:

After a brief remission of these symptoms, about 15 percent of those infected go on to develop a more severe form of the disease. The severe form of yellow fever involves:

IS YELLOW FEVER IN THE US?

Yellow fever is not established in the United States; however, some cases of this disease are reported when travelers who were infected with the virus in parts of the world where yellow fever is found return home from visiting.

Yellow fever prevention includes vaccination, prevention of mosquito bites by using insect repellents and elimination of sources of water in which the aquatic stages of the mosquito develop. Treatment of someone who becomes ill from yellow fever includes hospitalization, supportive care and in critical situations, receiving blood transfusions.